After all, I deserve a relaxing weekend getaway with my husband! -- so thought the young business lady Tatiana Orlova, arriving in Paris for the weekend.

Tatiana is a terribly busy working woman raising four children. Her life is a non-stop whirlwind, and she can rarely find the time to slow down. So she decided to pause for a moment and booked a luxurious 5-star hotel in Paris to spoil herself and her life partner rotten. Tatiana was doing a bit of shopping at Galeries Lafayette when she got a panicked text message from her babysitter, who informed her that her wonderful children (the ones who are still living at home) are refusing to eat anything that she cooked and are demanding pizza. The babysitter is very sorry, but she is running tight on funds, so she wonders if Tatiana could call Domino’s and order two extra-large pies on her credit card? Tatiana really has no choice in the matter, so she spends the next 15 minutes waiting on hold and then ordering thin-crust pizza with olives, sausage, and extra cheese. 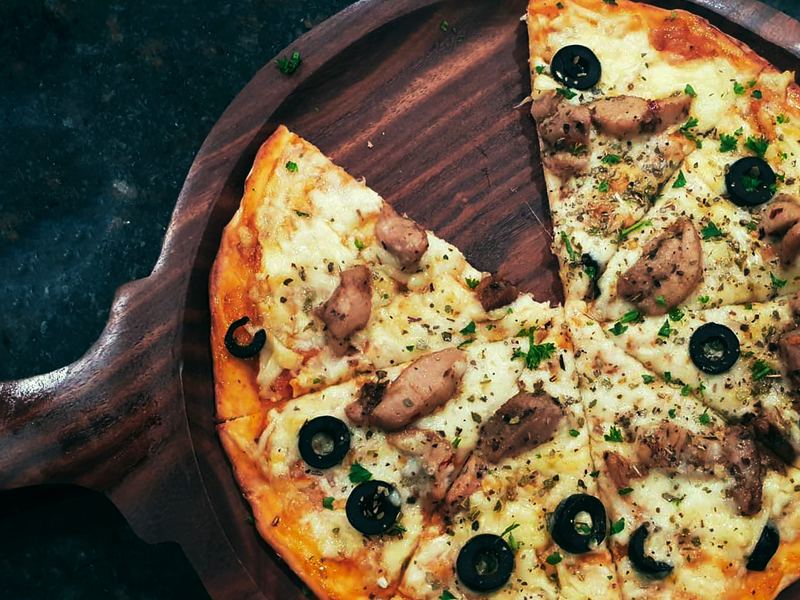 This is not the only time Tatiana’s serene vacation is rudely interrupted by money issues.
It’s Sunday night. Tatiana is feeling refreshed and reinvigorated, but when she is settling her hotel bill, real life catches up with her fast.

“This surely has to be some kind of a mistake,” she tells him. “Could you please run the card again?”

“I’ve tried it twice, Madame. Regrettably it has been declined both times.”

This was the awkward situation that Tatiana Orlova, the future founder of Dzing Finance, found herself in. She knew that there was plenty of money on her account, so that couldn’t be the problem. Through the process of elimination, Tatiana understood that the debit card she was attempting to use was tied to her GBP current account – which didn’t have sufficient funds to cover the euro-denominated hotel bill (perhaps Tatiana exceeded her spending limit, forgot to warn her bank’s anti-fraud department that she would be travelling, or the FX rate moved drastically in the course of the weekend). Tatiana remembered that she maintained a savings account with the same bank both in euro and pounds. To resolve the delicate situation, Tatiana tried to call her bank certain that it can transfer funds between her accounts. But it was after 8 PM on a Sunday, and regrettably nobody was available to assist her until Monday morning. Tatiana had to catch a cab and drive around Paris looking for an ATM so she could make a cash withdrawal and settle her bill. 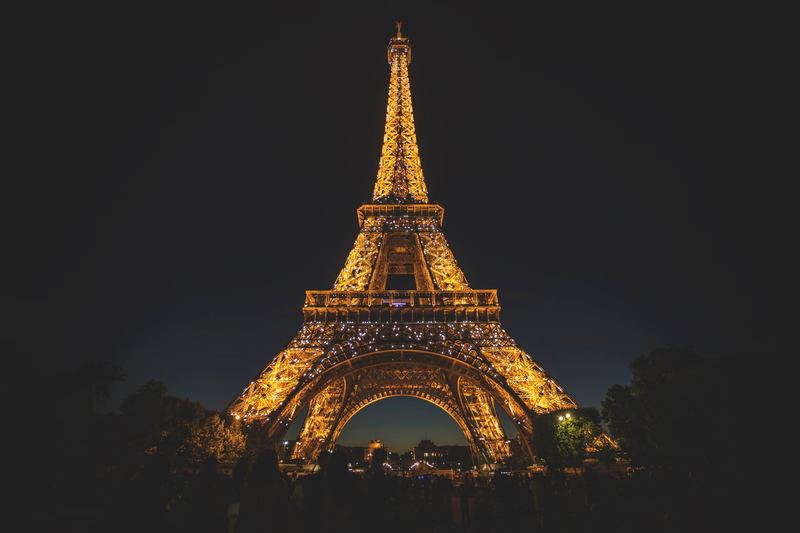 The birth of the great plan

Even though this was a minor incident, it left an indelible impression on Tatiana Orlova. As a successful self-development coach and business consultant, she travelled internationally all the time. Pounds, euros, Swiss francs, Russian rubles – Tatiana incurred expenses in all these currencies and more. “Why isn’t there a payments product out there which is as fluent in currencies as I am?” she asked herself. “Why am I paying hidden and excessive conversion charges, at unfavorable rates, every time I make a purchase using my card in a foreign country? There must be an easier way!”

The issue was tangible for Tatiana. She wanted to be able to track her spending history without having to go through the mental gymnastics of currency conversion. She needed to have the ability to maintain and manage a multi-currency account. She also thought that it would be nice not to have to be bothered by her babysitter when she needed to buy a pizza or incur some other unexpected expense. Upon her return to London, Tatiana set out to find a product that would fit her needs. She ordered a whole slew of plastic cards and apps, and yet was always met with disappointment. None of the huge myriad of products offered could really claim to satisfy her demands. Tatiana shared her frustrations with her friends, hoping that they would recommend a panacea. Instead, she learned that nearly everyone in her social circle had a sad story to tell about the inconvenience of dealing with money abroad.

The Creation of Dzing. Fundamentals of the philosophy of a new global brand.

Tatiana came to see that her personal frustrations might be adorned with a silver lining. An unsolved problem almost always equals a business opportunity, she reflected. Tatiana felt certain that if she could create a fintech product that she loved, not only would it resolve her issues with payments abroad, but also there would be likeminded people who would gladly become early adopters and brand ambassadors. Kevin Costner was not mistaken – if you build it, they will come! (the quote from the 1989 American fantasy-drama sports film “Field of Dreams” starring Kevin Costner, nominated for three Oscars)

One person was particularly eager to help Tatiana. Anastasia Kutsepalova has held senior leadership positions in the financial services sector for more than 14 years, most recently with the London Stock Exchange. Anastasia found herself taken by her friend’s idea and made it clear how eager she was to help turn this dream into reality. Thus, was born a partnership between the two ladies. Tatiana provided the initial financing, Anastasia was appointed CEO, and wasted little time assembling a top-notch team with expertise in retail banking, payment products, application development, and other critical disciplines. 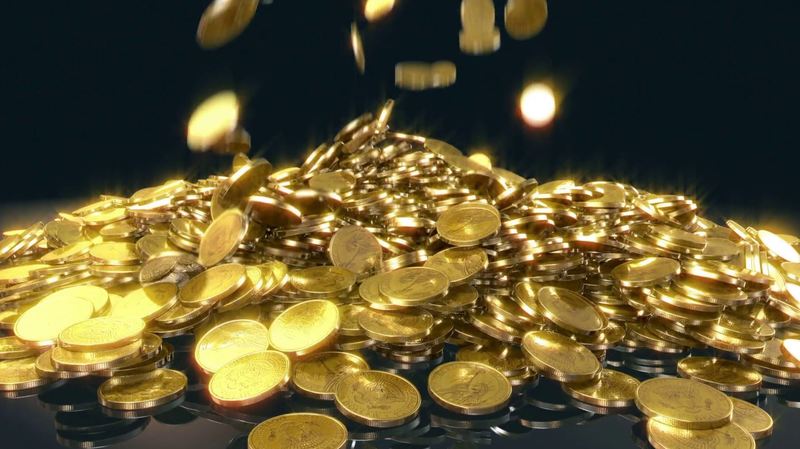 The Dzing! brand philosophy, which emerged over many brainstorm sessions and late-night conversations, is centered around three core values: intuitiveness, convenience, and fluency. The payment app had to be as simple as possible to use and equally accessible to a student, a migrant worker, a freelancer, or any other frequent traveler. Tatiana – a Norwegian citizen of Russian origin living in London – rightfully considers herself a global citizen. She wanted to build a product that enabled clients to have unfettered access to their funds in any major currency. She wanted to design a service that spoke to every customer in his native language. There would also be variety of augmented features: partnership programs, discounts, and cashback rewards just to name a few. The brand philosophy eventually found its reflection in the name that Tatiana co-created with her children. “Dzing!” – simple and fun, just like the sound made by a bunch of cascading coins.

So at its heart, Dzing! is all about simplifying users life. Having on-the-fly access to any number of currencies when the client travels. (No more trouble paying hotel bills abroad!) Being able to issue partner cards to anyone the client wishes. (Such as babysitter, gardener, not to forget  relatives abroad).  Dzing! customers are able to manage spending limits, check spending activity in real-time, and take advantage of a slew of other useful features.

Dzing! is all about executing on Tatiana’s original vision. Financial services don’t have to be – SHOULD NOT BE! – complicated.

I hade to open a bank account in the UK for my GBP expenses - in order not to run the risk of currency losses with my main EUR account.

Carrying a mass of credit cards with me when travelling. Why? One offers free access to ATMs world wide. Another one offers favorable exchange rates (rather than strange rates plus x %). A third card offers a good travel insurance  package, which I might need. For EUR payments I can gain bonus points with some cards (Payback, airline mileage etc.). And then you need an extra credit card - just in case your "usual" card is not in favour with your travel plans and blocks the card, as they think it is criminal abuse of the card. Without Plan B you are lost...

If Dzing! can offer a solution, I will be with it soon!

Exactly! And we could help Dzing! to achieve all this!

But, by the way, I wonder how long this Parisian story happened with Tatyana? It was published a few days ago, but it probably happened much earlier. It is important to understand how much so that you can assess the level of development of fintech products of that time. Since Tatyana was facing the tasks described in the article at that moment, they were solved quite well by certain banks.

I don't think that the same service is possible in any bank today even on technical level. In Dzing your credit card can be linked with 30+ major currencies plus some crypto currencies!

However you are absolutely right that this could be not enough to win the competion with the most innovative banks. That's why they are looking for new USPs and hope that crowdsourcing will help for it

I understand Tatiana very well as I just returned from Paris

I was on holidays in

France (mostly in Brittany) and of course I couldn't miss Paris.